Scala in a Nutshell

click the boxes below to see Scala in action!

Scala runs on the JVM, so Java and Scala stacks can be freely mixed for totally seamless integration.

Use data-parallel operations on collections, use actors for concurrency and distribution, or futures for asynchronous programming.


In this example, the Scala class Author implements the Java interface Comparable<T> and works with Java Files. The Java code uses a method from the companion object Author, and accesses fields of the Author class. It also uses JavaConversions to convert between Scala collections and Java collections.

Let the compiler figure out the types for you

The Scala compiler is smart about static types. Most of the time, you need not tell it the types of your variables. Instead, its powerful type inference will figure them out for you.

In this interactive REPL session (Read-Eval-Print-Loop), we define a class and two functions. You can observe that the compiler infers the result types of the functions automatically, as well as all the intermediate values.

In Scala, futures and promises can be used to process data asynchronously, making it easier to parallelize or even distribute your application.

In this example, the Future{} construct evaluates its argument asynchronously, and returns a handle to the asynchronous result as a Future[Int]. For-comprehensions can be used to register new callbacks (to post new things to do) when the future is completed, i.e., when the computation is finished. And since all this is executed asynchronously, without blocking, the main program thread can continue doing other work in the meantime.

Combine the flexibility of Java-style interfaces with the power of classes. Think principled multiple-inheritance.

Functions are first-class objects. Compose them with guaranteed type safety. Use them anywhere, pass them to anything.

In Scala, multiple traits can be mixed into a class to combine their interface and their behavior.

Here, a StarCruiser is a Spacecraft with a CommandoBridge that knows how to engage the ship (provided a means to speed up) and a PulseEngine that specifies how to speed up.

Switch on the structure of your data

In Scala, case classes are used to represent structural data types. They implicitly equip the class with meaningful toString, equals and hashCode methods, as well as the ability to be deconstructed with pattern matching.

In this example, we define a small set of case classes that represent binary trees of integers (the generic version is omitted for simplicity here). In inOrder, the match construct chooses the right branch, depending on the type of t, and at the same time deconstructs the arguments of a Node.

In Scala, functions are values, and can be defined as anonymous functions with a concise syntax.

or visit the Scala Documentation

Run Scala in your browser

Scastie is Scala + sbt in your browser! You can use any version of Scala, or even alternate backends such as Dotty, Scala.js, Scala Native, and Typelevel Scala. You can use any published library. You can save and share Scala programs/builds with anybody. 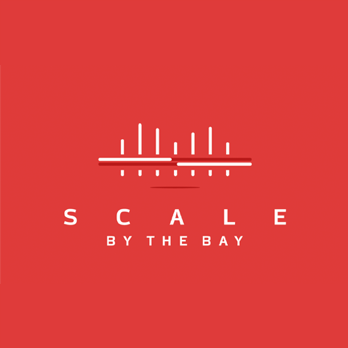 Scale by the Bay

See more events or add one to our feed

The Scala Library Index (or Scaladex) is a representation of a map of all published Scala libraries. With Scaladex, a developer can now query more than 175,000 releases of Scala libraries. Scaladex is officially supported by Scala Center.

Hello from the Scala 3 team! It has already been six weeks since we have announced the release candidate for the first minor version after the initial release of Scala 3. Now, after two more RCs, we can confidently promote Scala 3.1.0-RC3 to a new stable release of the language. In other words, Scala 3.1.0 is officially out!

Scala 3 follows major.minor.patch versioning scheme (unlike Scala 2, which uses epoch.major.minor). This means that this is the first minor release after Scala 3.0.0. This has the following consequences:

Although we cannot guarantee full source compatibility between minor versions, we have put a lot of effort into assuring that all code that was working in 3.0.2, except in some rare cases, will also work in 3.1.0. This means that if you are an application developer, you can confidently update the compiler version to take advantage of the newest improvements. You will still be able to use dependencies compiled with Scala 3.0.

If you are a library maintainer, updating to 3.1.0 will force all of your users to update to 3.1.0 as well. We understand that the current state of binary compatibility may be unsatisfactory. We are actively working on technical solutions to support forward-compatibility in 3.2.0. In the meantime, we recommend testing your library with Scala 3.1.0 and 3.0.2, but publishing it with 3.0.2. This will allow downstream users to use your library even if they can’t update to Scala 3.1.0. You can find an example of build that follows this recommendation here.

A new experimental feature that allows declaring and checking which exceptions can be thrown. It relies on the effects as implicit capabilities pattern.

You can opt-in using the following import.

Now it is possible to mark types with the type of exception that can be thrown during the evaluation:

You can read more in the document proposing this feature.

Efficient bytecode for matching over strings

Scala, since 3.0.0, has been able to optimize pattern matches with Int as a scrutinee type by emitting bytecode containing very efficient instructions: lookupswitch or tableswitch. Now in Scala 3.1, similar behavior was implemented for matching over String literals.

will now generate lookupswitch over hash codes of String literals instead of a chain of conditional expressions. This behavior is consistent with what Java does and more performant than the old approach.

We have added a -Wconf compiler flag that allows filtering and configuring compiler warnings (silence them, or turn them into errors).

We have also brought back @nowarn annotation from Scala 2.13, originally inspired by the silencer plugin. It can be used for suppressing warnings directly in the code, in the places where they are expected to occur.

-Wconf and @nowarn work largely the same way as in Scala 2, but some filters for selecting warnings are different. For the more details see the output of -Wconf:help flag.

For the sake of compatibility with Scala 2, the Scala 3 compiler now generates given instances for the Manifest trait. The new implementation is a slightly simplified approximation of the Scala 2 implementation. It guarantees that any of the expressions:

that were true in Scala 2, will also remain true when compiled with Scala 3.

Previously you would not be able to summon an instance of scala.deriving.Mirror.SumOf for Top, as its child Bottom is not a case class. In Scala 3.1 this is now possible, enabling compiletime reflection over nested hierarchies of sealed types.

The only change necessary for users is that they should now consider that one of the MirroredElemTypes for a Mirror.SumOf could also be a sum type, not just product types.

Beside that Scala 3.1.0 introduced multiple small improvements and fixed a handful of bugs. You can see the detailed changelog on GitHub.

During the Scala 3.1.0 stabilization period, which took the last six weeks, we haven’t stopped improving the language and fixing the bugs in the compiler. You can already test the results of our work, using the published release candidate: Scala 3.1.1-RC1. The full changelog is as always available on GitHub.

You can expect the stable release of Scala 3.1.1 in early December.

Thank you to all the contributors who made the release of 3.1.0 possible 🎉

Scala 3 has a set of widely-used community libraries that are built against every nightly Scala 3 snapshot. Join our community build to make sure that our regression suite includes your library.

Google Summer of Code (further: GSoC) 2021 edition is completed 🎉 In this post we want to celebrate the students and mentors who made Sc...

Scala 2.12.15 is now available! This release improves compatibility with JDK 17 and 18. It also has changes facilitating cross-building ...

Greetings from the Scala 3 team! We are glad to announce that Scala 3.0.2 is now officially out. As no critical bugs have been found in t...

More chat rooms are listed on the Community page

The Scala language is maintained by

Scala Center is supported by